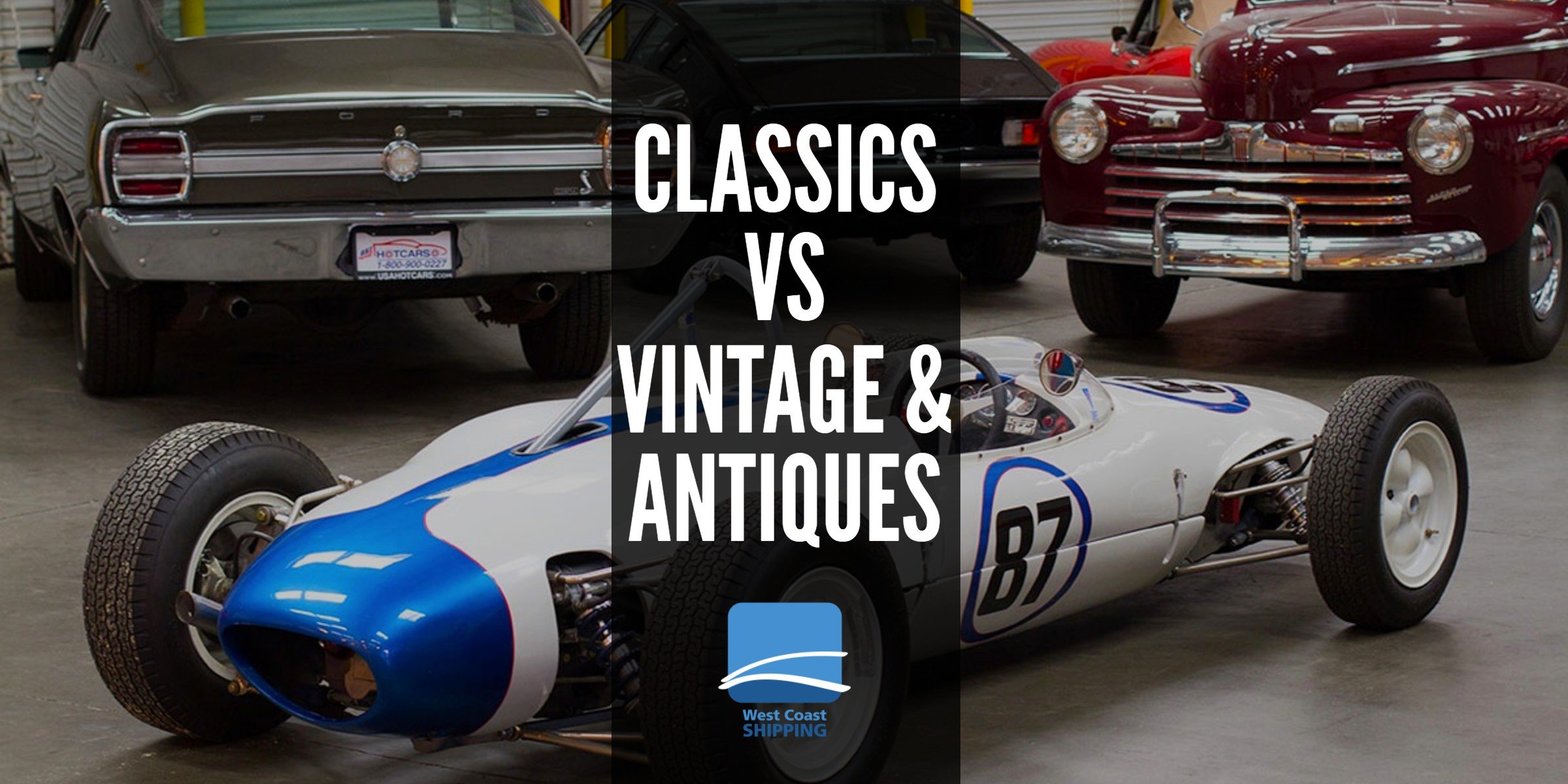 There is a lot of confusion on what exactly a classic car is, and what sets it apart from vintage and antique cars. We have heard the term "classic" used interchangeably when describing any old car that looks as if doesn't belong on the roads with the modern daily drivers.

Usually, the classic car moniker applies to vehicles over 20 years old. Antique cars are over 45 years old, and vintage cars are built between 1919 and 1930. But as with many subjects in the motoring world, not everyone can agree on a single definition. State DMVs, insurance companies, and classic car clubs classify each one differently. And some classifications overlap between classics and antiques.

The state of California has a very broad classification on what a "classic" car is, and they do not differentiate between classics, vintage, and antique cars. According to California DMV, if the vehicle was manufactured after 1922, and is at least 25 years old, it is a Historical Vehicle. However, if it has a 16-cylinder or larger engine, and is manufactured between 1922 and 1965, it gets classified as a Horseless Carriage. Modified cars and replicas aren't considered to be part of either category.

Insurance companies set their own guidelines on what they define as a classic car. According to Hagerty, cars from 1900 to 1979 are considered either Antique or Classic. If the car is manufactured in 1980 or later, it is considered a collector car.

The Classic Car Club of America is even stricter in their description of classics. They only consider cars between the years 1915 and 1948 to be classic. The CCCA goes another step further, and only includes vehicles "distinguished by their respective fine design, high engineering standards and superior workmanship."

Continue the Classic Car vs Vintage Car vs Antique Car debate below.