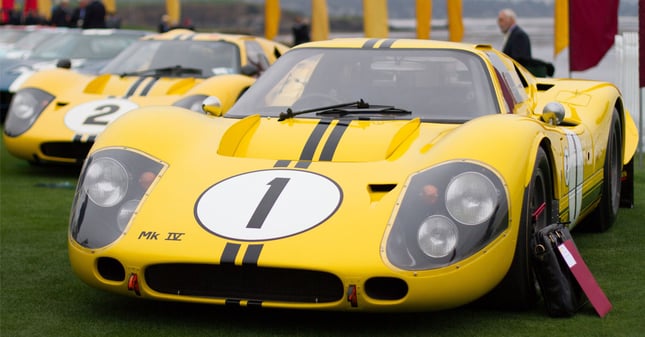 Who was responsible for the growth? Apart from the passion buyers with a desire to own and drive the cars - many of the high-value classics were purchased by investors looking to deposit their money into something tangible.

After the financial crisis in 2008, investors lost some trust in the financial markets. Instead, many began to look into alternative investments, and some found classic cars as a solution. Interest rates were at an all time low, and money was essentially free to invest. Big money entered the market, and investment in classic cars saw a resurgence. In 10 years, values doubled on the Shelby Cobra, tripled on the Mercedes 300SL, and increased by over 4x on the Lamborghini Miura. Once the rest of the world heard of these returns, the classic car craze began.

Those who owned classic cars began to list them for sale, hoping to cash in during the craze. Auctions began to pop-up around the world. There was more classic car inventory available than ever before. This was great news for both the classic car sellers who wanted top dollar for their cars, and the investors who wanted to get their hands on the cars with the best returns.

However, that market looks to have peaked in 2014. Since then, many of the record setting cars have either remained stagnant or seen increases in only a few percentage points a year. The Mercedes Gullwing which was long considered to be trend setter in the classic car world, has lost nearly 2% of its value this year. Mainly because there were no spectacular examples available for sale. Million dollar cars are taking longer to sell, and buyers are becoming more demanding.

Only the unusual examples continue to break records. Recently a Porsche 356 Speedster barn-find was sold at auction in the USA for $605,000 USD, over $350,000 the estimate price. Why was such a high price paid for the car? Because it was in the same condition it was 41 years ago, when it was placed in storage. It hasn't been driven since, and being in original condition it was desirable enough that someone paid 140% over the estimate price.