Shaun is one of our beloved customers with a story to tell. He’s an avid VW collector based out of San Francisco. He recently imported a VW Vanagon from Europe which stands out from the rest of his collection. It's a 1987 model in Camo Green, and it comes with mounts for grenade  and rocket launchers. As you can see this is no ordinary Vanagon. This car is known as a Feldjäger, which literally translates into “field huntsmen”.

This Feldjäger began life in East Germany under the military police. It then went on to spend 4 years in Bosnia & Yugoslavia during the war. Using its powerful radio equipment it monitored radio communications up to 100 kms away. It is believed to have been decommissioned in 2000, then stripped of its military equipment and sold to a German radio technician. It was one of only a dozen or so Feldjägers to survive. 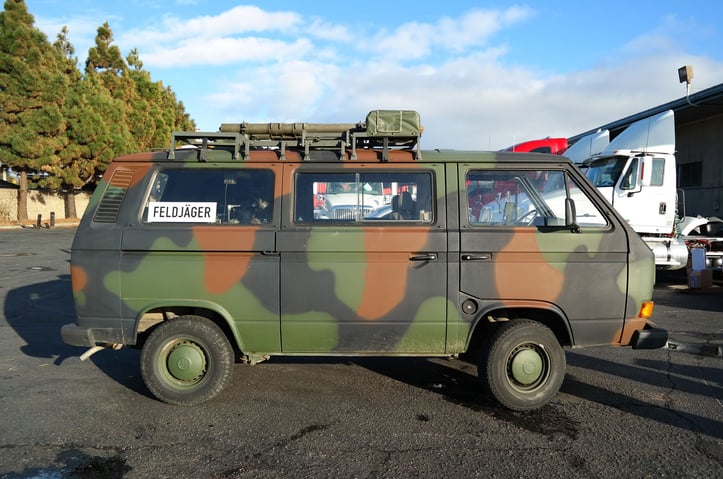 When Frank, Shaun’s partner in Germany, came across the vehicle in Europe he knew they had to have it. However, the car was missing all of the original military equipment. “There was nothing, no gun mounts, telescopic antennas, or the rest of the radio equipment,” Shaun said.

Shaun wanted to have an authentic Feldjäger in the US with all the working bits and pieces. He also wanted the van repainted to the original Camo Green it wore during the Bosnian war. But with over 200 missing pieces this wasn’t an easy task. 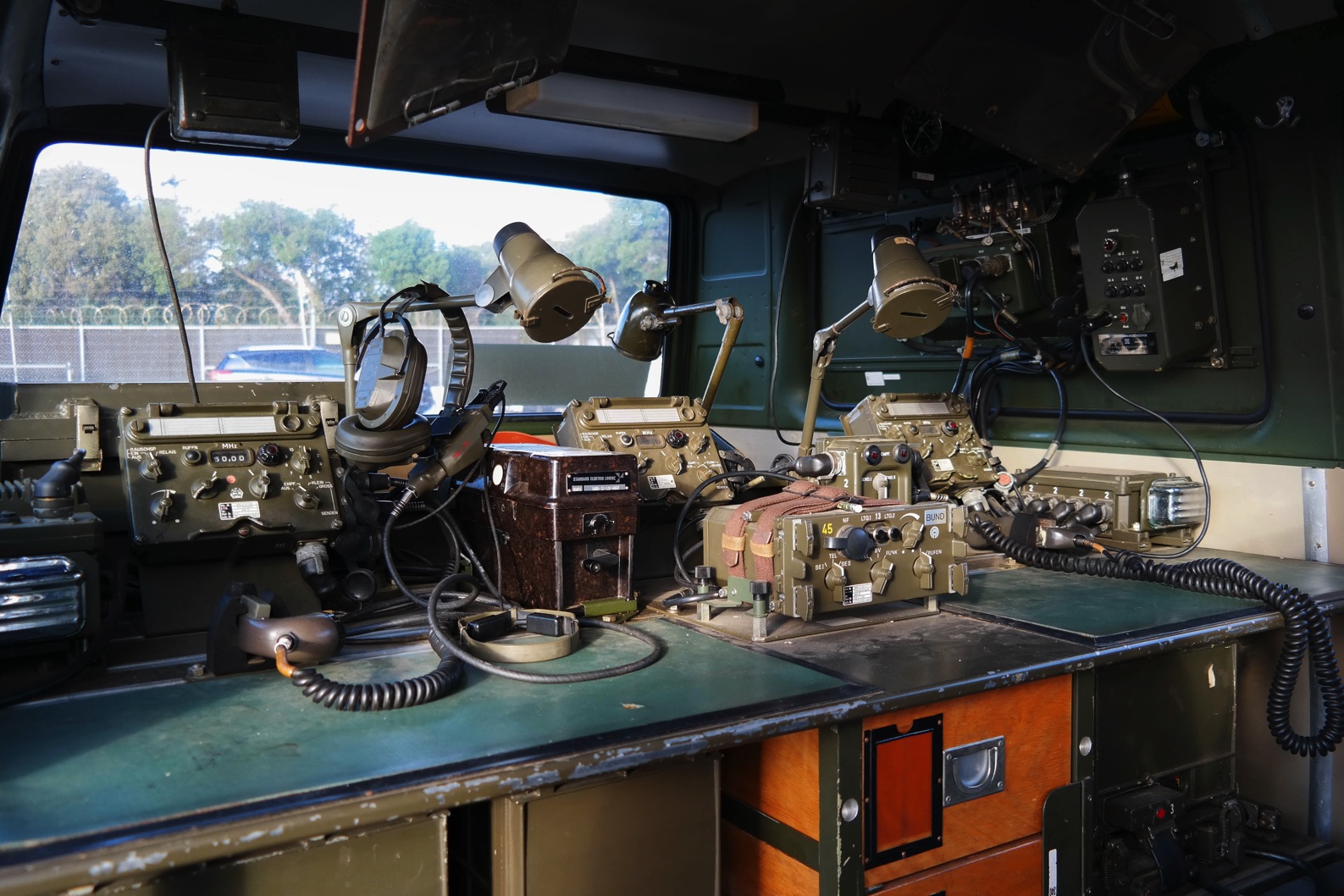 After scouring eBay and military surplus stores across Europe, Frank found everything for the car. A 24v generator powering the equipment, decontamination kits, the original clothes, boots, and helmets used by the personnel operating the Feldjäger at the time. He acquired period correct airsoft rifles matching the original guns mounted on the vehicle. “We recently picked up a bracket which we had no idea what it was used for. But it turned out that the bracket holds the canisters for grenade launchers.” Think that was taking it far enough? Frank went through the trouble to recreate the original license plates for the van using the original font. 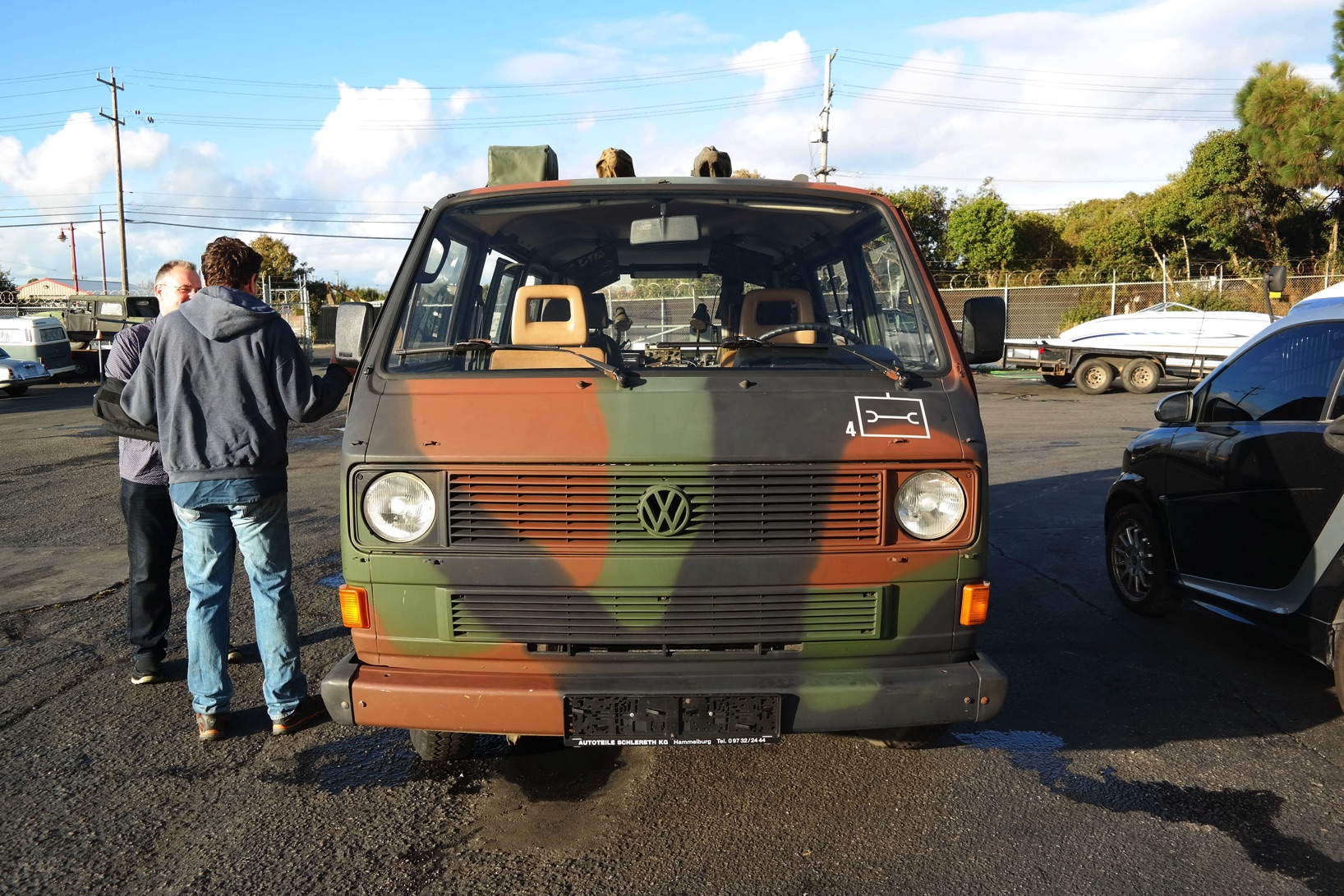 “After receiving over a hundred packages of authentic equipment, it took Frank a year to get everything and put it together” says Shaun. “Then it took months to get it out of Germany.”

As you may have guessed, the German government wasn’t happy letting an operational German military vehicle leave the country. “They were afraid I was ISIS or something” says Shaun. He had to prove to the government he was simply a car collector with no desire to go to war. Extensive paperwork was required on the German side. Here in the US the process was as simple as importing any 25 year or older vehicle. 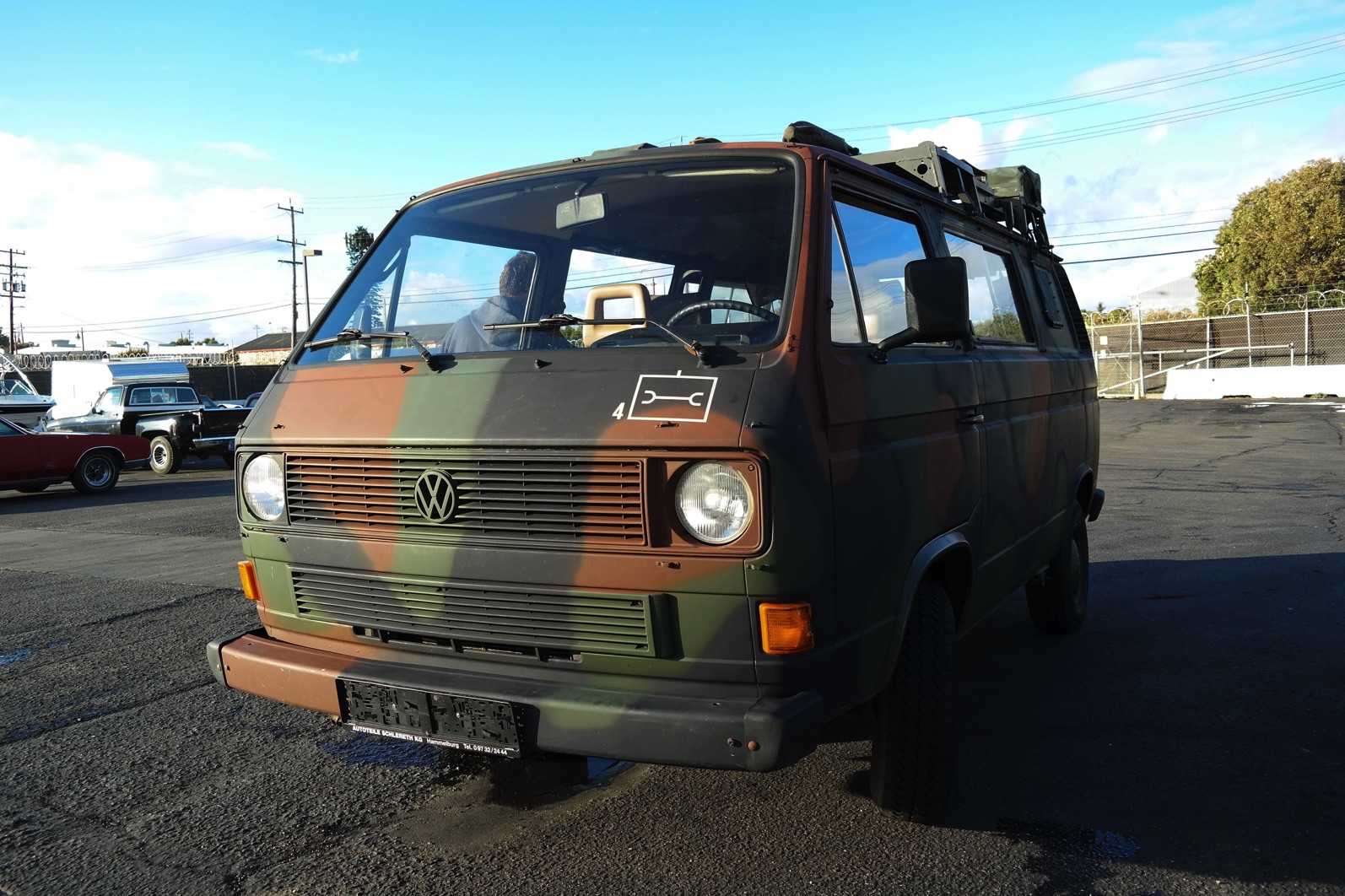 Now with a fully functional Feldjäger in San Francisco, Shaun says it gets a ton of attention. “I had it parked out on the street and someone came up to me and said, that’s the radio van isn’t it? I drove this vehicle when I was in the military!”

What does the future hold for Shaun? He is searching for a riot version of a former VW police van. “A syncro double slider is the particular one I’m looking for.”