Opel GT Is The Baby Corvette From Europe 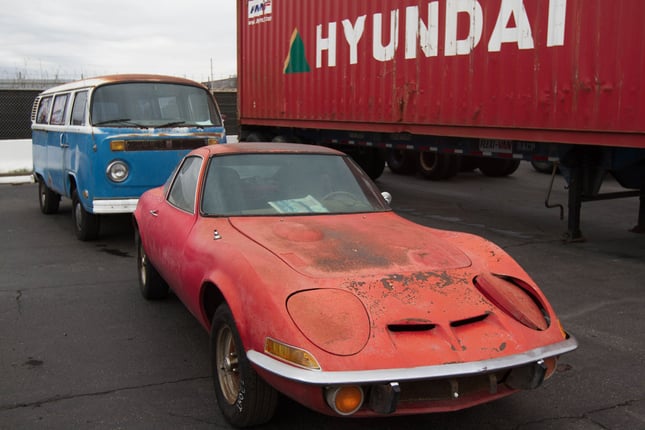 Few remember the Opel GT, a car with sports car looks and a low price. Built by General Motor's German subsidiary, the GT came as a surprise to many, including Porsche. When it was revealed at the Frankfurt Auto Show, Porsche employees in attendance couldn't believe Opel built a sports car.

We just wish the GT's performance would match its looks.
Even for the time performance was horrid. The 1.1-litre four cylinder engine offered in the base model made just 67 horsepower. The more powerful 1.4-litre wasn't any better, providing only 100 horses. Buyers at the time also complained of strong understeer due to its tiny 165x13 tires.

But despite performance shortcomings, the cars were selling. When production ended in 1973, Opel had built over 103,000 GTs during the 5 year run. Its popularity undermined by the quicker Datsun 240z. 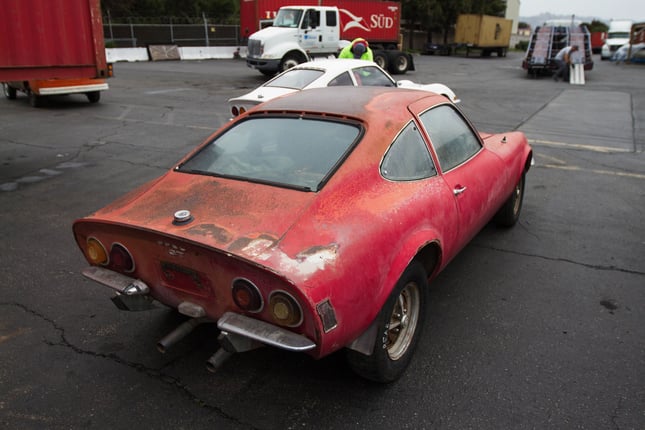 These two Opel GTs were collected and shipped overseas.