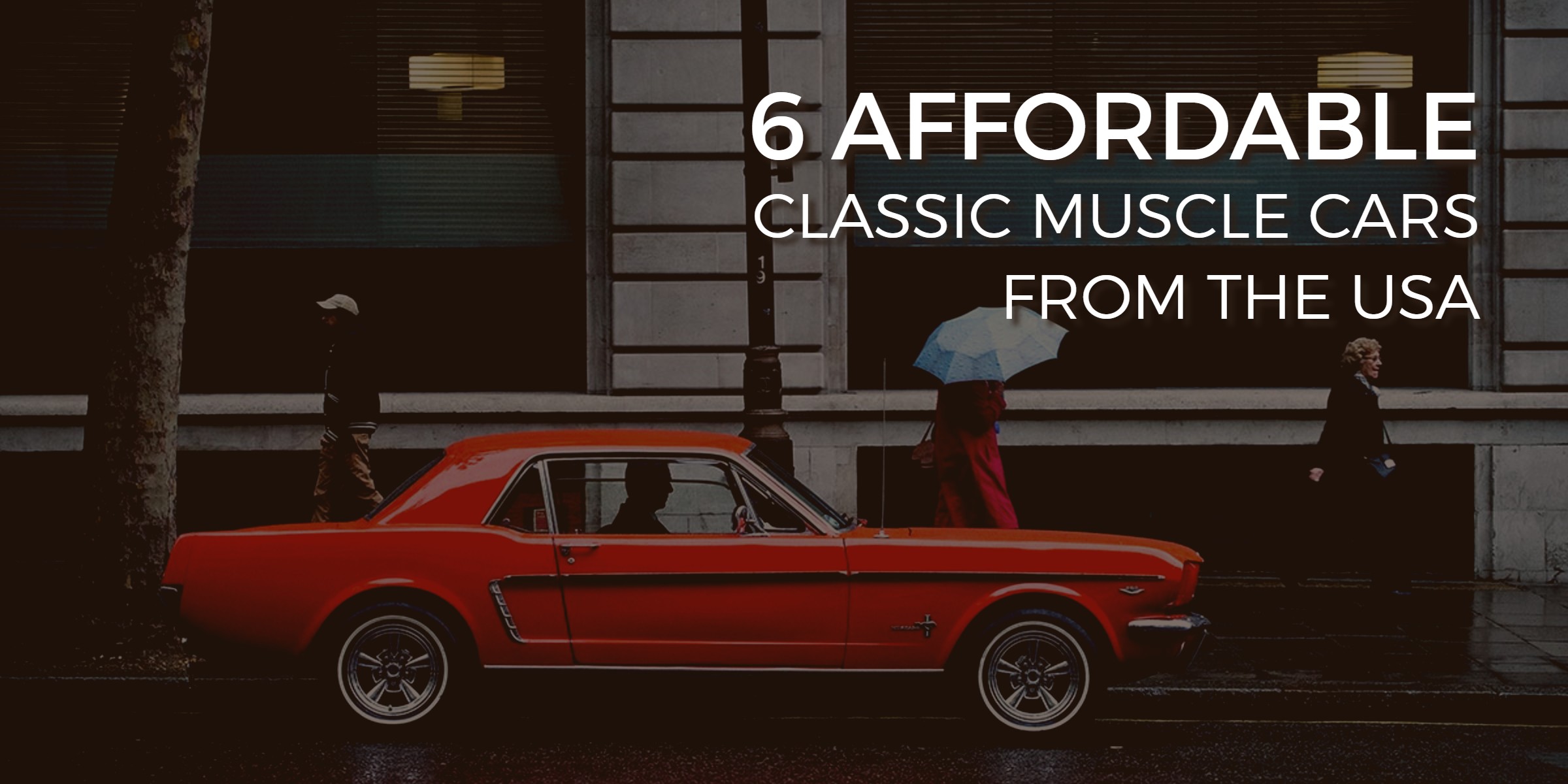 Despite increasing values on classic cars over the years, there are plenty of affordable muscle cars available in the United States. Many first time classic car buyers search for American muscle cars because of their availability, low price, and low maintenance costs. It is why thousands of muscle cars get exported to Europe, Australia, New Zealand, and the Middle East each year. Demand for affordable muscle cars continues to grow, and there is no shortage of them in the USA.

A second generation Pontiac LeMans with the optional GTO package can be had for around $15,000 in the United States. It won't break the bank compared to the first generation car, which can go over $30,000. Plus it will stand out amid the sea of Mustangs and Camaros.

The Cougar was Mercury's first entry into the pony car market. It remains as one of their most memorable models, and one of the most affordable muscle cars. Values range from $10,000 with the smaller V8 engines, to high $20s with the Cobra Jet V8s.

Yes, it is made by the same company responsible for the infamous Gremlin. But unlike the Gremlin, their muscle car offering remains as one of the best. With a shorter wheelbase, and a more powerful engine than most muscle cars at the time, it wasn't surprising to see it compared to the Corvette. We like to think the AMX is the best car American Motors Corporation (AMC) ever made. Values for the early year examples with the lower end V8 can be had for $15,000 to $20,000 in good condition.

Values on classic Camaros have been going up over the years, but you can still find early year Camaro's in good condition in the low $20s.

Camaros from the USA listed on Hemmings

The Barracuda is currently among one of the most desired classic muscle cars overseas. It may be because of its awesome name, or because they continue to appreciate in value. You can go for the more desirable late 1970 to 1974 models which sell in the mid to high 20s.

Where would we be without including the Ford Mustang. Early models can still be purchased for around $15,000, while later ones drop to as low as $6k.

Check out over 600 classic Mustangs for sale on Hemmings.