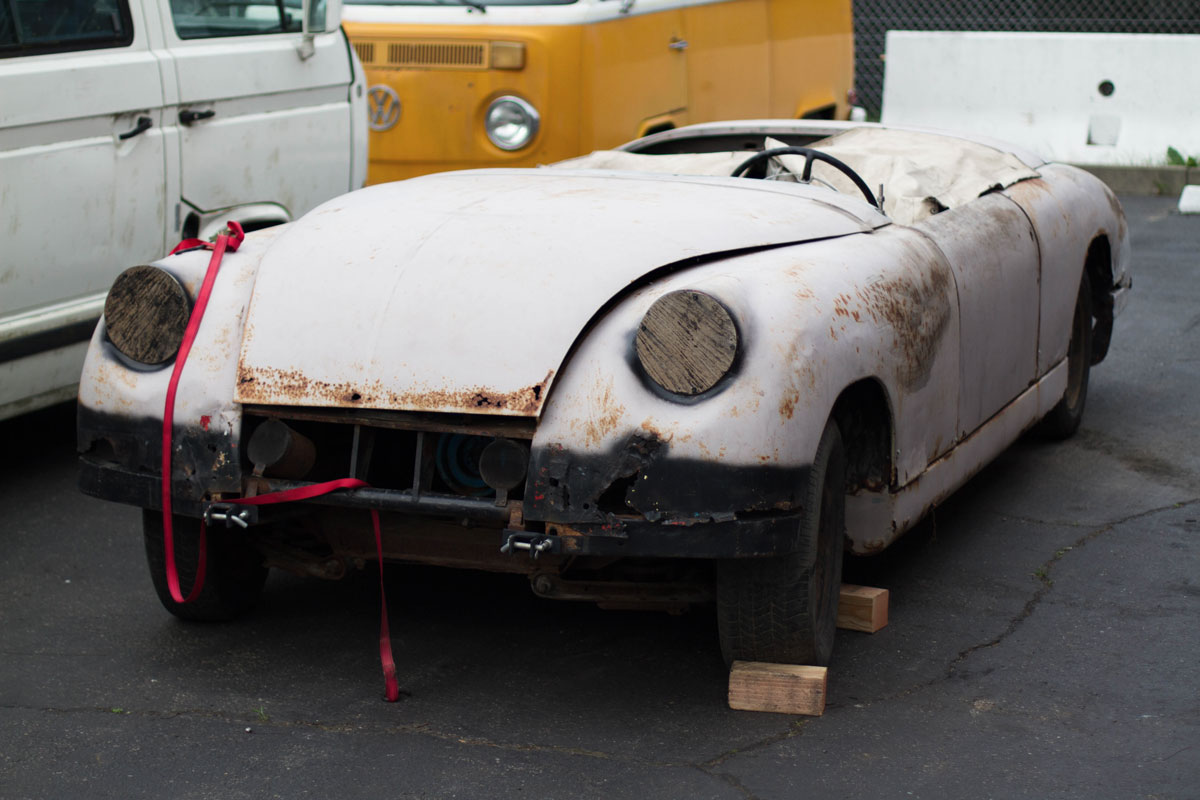 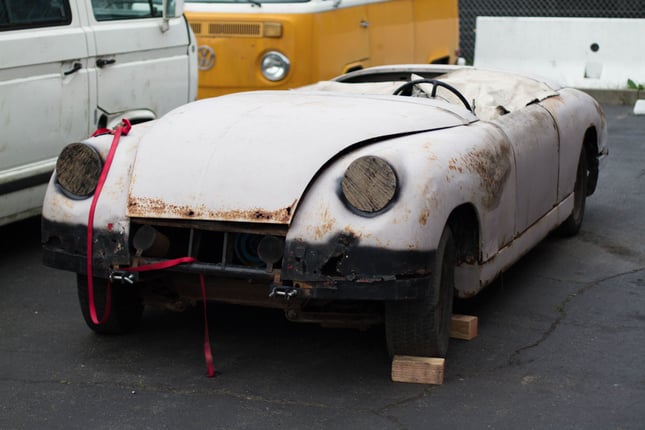 Very few remember the Muntz Car Company and the Jet car they created. You would think that discovering one today would garner some attention considering fully restored models have been known to sell for over $100,000. But despite its rarity, the car has only a small following among collectors.

Founded by Earl Muntz, an Illinois used car dealer, the Jet car was built to compete with the Jaguar and MG sports cars of the time. It was capable of reaching 112mph. It's body panels crafted out of aluminum, and a fiberglass removable top. But it never found success upon its limited production run between 1951 and 1954, just around 400 were sold. Mr. Muntz lost money on each car sold, which ultimately forced the company to shut down.

The Muntz Jet car we shipped overseas was purchased by an overseas collector nearly half a year ago. What took so long to get it collected and shipped? A missing vehicle title.

We collected this non-runner from a desolate lot in California. It required a winch to get onto the back of a transporter, and some strapping to hold the body in one piece during the move. This project will soon be shipped overseas, and hopefully live a better life. 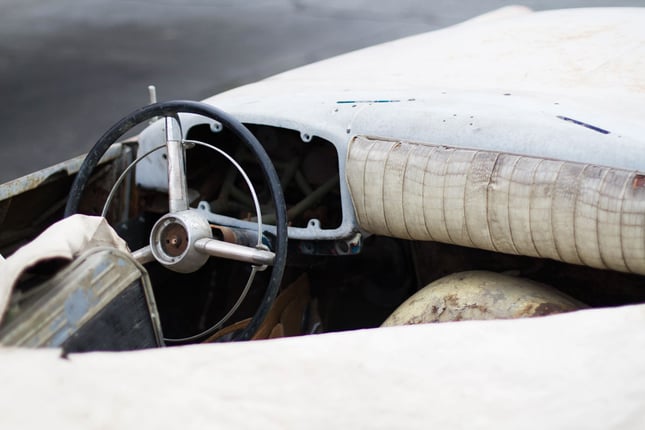