The approval of parallel car imports is encouraging more exporters to ship cars to China.

As we discussed previously, China has taken a big step towards disrupting monopolistic practices of foreign car manufacturers. By circumventing the franchise dealers, more Chinese consumers are now able to afford buying and shipping a car from the US.
After legalizing parallel car imports in Shanghai's free trade zone (FTZ), the government has already approved 17 dealerships to begin importing cars from overseas.

Cars imported under the new laws are already said to be 10 to 20 percent cheaper than those being sold in official dealerships. Plus, they are now legally covered by the same manufacturer warranties as those offered by franchise dealers.

Unsurprisingly, the Chinese public has been receptive to the idea so far. With many showing interest towards purchasing Mercedes, BMW, Maserati, Land Rover and Porsche cars.

Growth in Car Shipping to China

The volume of cars shipped to China in 2014 had already increased by 13% when compared to 2013. We expect a further increase in the number of US car shipped cars to China in 2015. See our US car export report for more information. 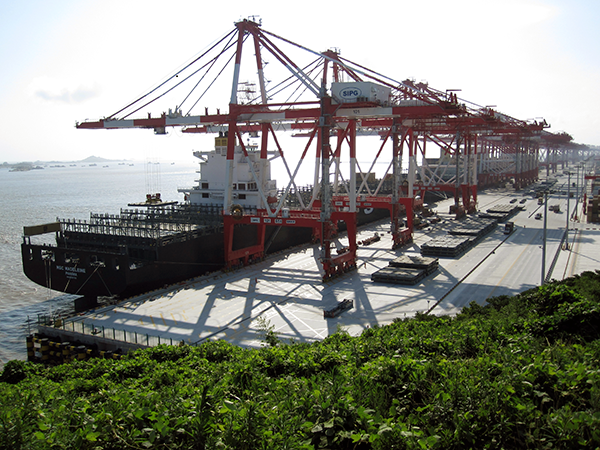 Auto analyst Jia Xinguang estimates that between 30,000 to 50,000 cars imported to China per year are parallel car imports. Jia also states that the purpose of the program is to break the monopoly of authorized dealers and franchises so the price on imported cars will be lower and more reasonable. Currently, Audi, BMW, and Mercedes have around 70-80 percent of the premium car market share in China.