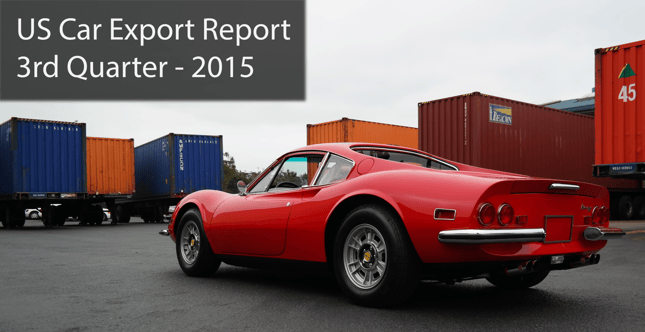 What the data for the 3rd quarter (July 1st to September 30) looks like.

With the latest data for international car shipping now available, we can take a look at which overseas destinations imported the most US cars in containers. 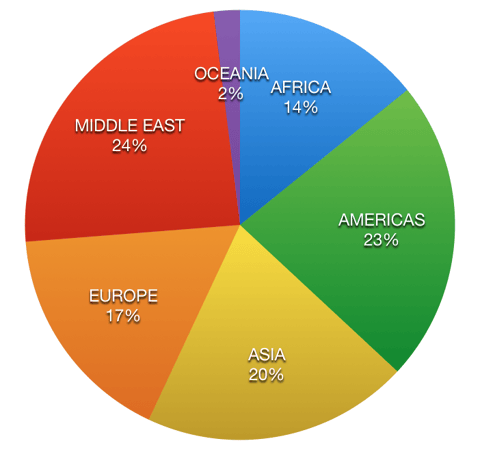 
Asia continues to be affected by changing car import laws and growing economies in the region. Japan (+58%), Guam (+51%), India (+40%), and South Korea (+38%) are the top growing destinations in Asia. While China (-12%) is experiencing a downward trend due to a slowing economy.


The strong US dollar continued to limit US car imports into the region. Germany (-7%) was also hit by an expiring US military contract which signaled a decline in the number of privately owned vehicles (POV) being imported. Russia (+109%) was the top growing destination in Europe due to new BMW imports from the US.


The smallest US car importer by volume (sorry Antartica), saw growth due to the increasing popularity of US classic cars and modern muscle cars like the new Ford Mustang. Australia (+39%), and New Zealand (+16%).